A flurry of confusion over gas boilers followed Chancellor Rishi Sunak’s autumn statement in November. Had the government just brought a ban on gas boilers in new-build homes forward by two years? It emerged that an early version of the 10-point green recovery plan, seen by the Times newspaper, was correct. The government will move the ban to 2023 or, failing that, implement it “in the shortest possible timeline”. 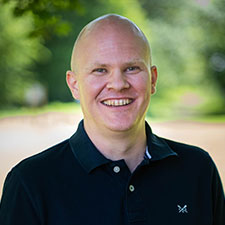 Surprise at the move diverted attention from another major pledge in the 10-point plan. “To set a clear path that sees the gradual move away from fossil fuel boilers over the next fifteen years as individuals replace their appliances”. Natural gas boiler replacements could be history as early as 2035 – which would align with the plan’s goal to fit 600,000 heat pumps yearly by 2028. Theoretically that would see the UK’s last surviving domestic gas boilers scrapped around 2050.

The low-hanging fruit are gone

As new heat pumps cost 6-10 times more than gas boilers, the goal will add billions to future energy installation. Moreover, providers have already picked nearly all of the low-hanging fruit of lower-cost energy improvements, such as insulation and condensing boilers. Islington council, for instance, has only needed to find 39,000 for insulation work in recent years. For comparison, it spent five times more on domestic LED lights, and 400 times more (£16.3 million) on a plant to heat 1,000 homes using waste heat from the Tube.

Providers now have to assume that boiler renewals in 15 years’ time may not use natural gas units. What they will use instead is by no means clear. While heat pumps and decarbonised grid electricity currently appear from SAP10 to be the government’s first preference, the gas industry is pinning its hopes on converting existing pipelines and boilers to hydrogen. However, hydrogen is far from the easy magic bullet option some claim it to be. But since the government has already pledged £500 million to hydrogen research, it’s possible that a clear energy winner won’t emerge much before a complete ban on fossil domestic heating comes into effect.

For social housing providers, delivering cost-effective energy improvements in this uncertain environment will be challenging – especially against the backdrop of constrained central funding and changeable deadlines. Comprehensive energy performance data, at both bulk and per-unit level, will be crucial to planning and execution.

Fortunately, as the November issue of Housing Technology commented, providers’ “IT infrastructures, business applications and corporate processes are now fully geared towards extracting that data and proactively using it for business intelligence.” And on the execution side, soon-to-be-available software tools will allow housing providers to “plug in” their entire stock’s energy profile for broader strategic evaluations or quickly drill down to subsets or individual units for accurate and specific retrofit modelling and planning. The next fifteen years of climate-change-driven housing asset management promise to be interesting indeed!

Housing Association costs are rising faster than inflation, according to new research commissioned by the National Housing Federation*. Particularly badly hit are: Construction costs where inflation accelerated to 9.6% in June 2022 Repair and maintenance prices with...

After 21 years at the helm, we are delighted to announce that our Managing Director and Founder, Vic Harrison has moved into the newly created role of Chairman. Passing the day-to-day management of Integrator Housing Solutions to his son and daughter-in-law, Paul and...

An Interview with Glen Vardy of Roberts Vardy Associates The average housing association spends thousands each year on surveys to ensure their portfolio of properties are safe, comfortable and energy efficient for their tenants. Asset managers are looking for...

Paul Harrison, Director of Energy, Integrator Housing Solutions, looks at the emerging challenges for social housing providers in the area of energy reduction now that the low-hanging fruit of easy efficiency upgrades have already been picked.

Energy calculations – Decades of experience in the right place

Change is coming – are you, your budgets, and your data ready? Climbing towards the top of our to do lists is the looming 2050 date. By which time Britain’s social housing stock needs to achieve net zero emissions across the country.

This website uses cookies to improve your experience while you navigate through the website. Out of these, the cookies that are categorized as necessary are stored on your browser as they are essential for the working of basic functionalities of the website. We also use third-party cookies that help us analyze and understand how you use this website. These cookies will be stored in your browser only with your consent. You also have the option to opt-out of these cookies. But opting out of some of these cookies may affect your browsing experience.
Necessary Always Enabled
Necessary cookies are absolutely essential for the website to function properly. These cookies ensure basic functionalities and security features of the website, anonymously.
Functional
Functional cookies help to perform certain functionalities like sharing the content of the website on social media platforms, collect feedbacks, and other third-party features.
Performance
Performance cookies are used to understand and analyze the key performance indexes of the website which helps in delivering a better user experience for the visitors.
Analytics
Analytical cookies are used to understand how visitors interact with the website. These cookies help provide information on metrics the number of visitors, bounce rate, traffic source, etc.
Advertisement
Advertisement cookies are used to provide visitors with relevant ads and marketing campaigns. These cookies track visitors across websites and collect information to provide customized ads.
Others
Other uncategorized cookies are those that are being analyzed and have not been classified into a category as yet.
SAVE & ACCEPT
Powered by